Some of the feature shown are only available in NetTools v1.31.6 beta and above

Under the GPO Explorer in NetTools there is a test option that performs a similar suite of tests that were performed by GPOTool.exe.  There are two methods to test the status of the GPOs, either at the individually GPO level or at the domain level to test all GPOs.

The test covers the following items:

When selecting a GPO in the GPO Explorer an tab called Testing is shown with the details of the policy, which allows you to test the selected GPO.  By default, the test will be run against all Domain Controllers in the domain, however, you are able to select which domain controllers will be be included in the test.  This allows you to deselect domain controllers that might be at the end of a slow link or are offline temporarily.   The server selection is on the test all GPO screen, see below.

Test All or multiple GPOs at once

This option is found by select the root of the domain in the left hand pane, the Testing tab displays the domain controllers and GPOs in the domain.  The lists can be used to select which servers and GPOs will be included in the test .  The test provides to those who have used GPOTool.exe before, with a touch nostalgia, as the output is pretty must the same as GPOTool.exe. 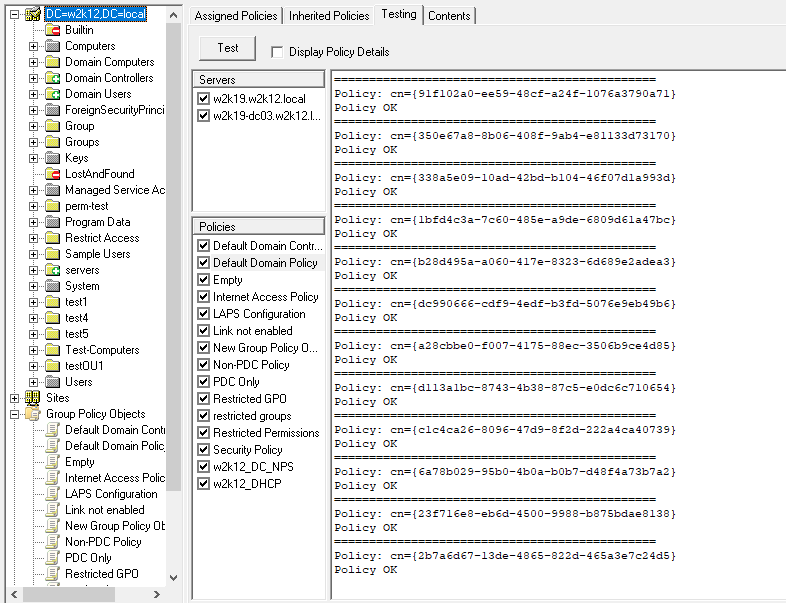 If an issue is found with the policies, the details of the policies on all domain controllers is displayed, or if Display Policy Details options is selected. 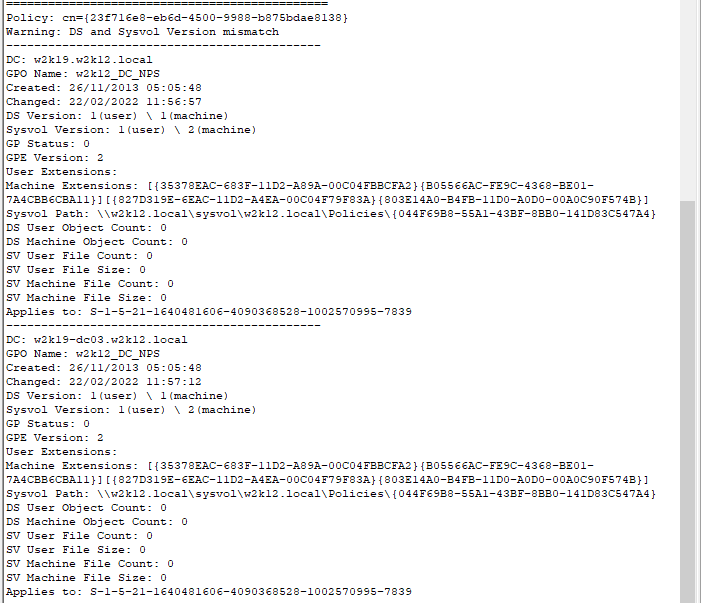 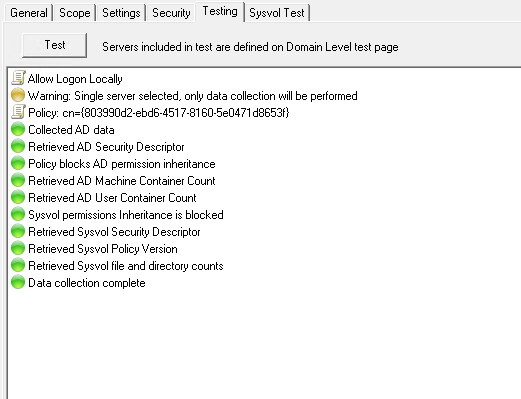 See GPO Explorer - GPO Test Details for more details on the test that are performed.