The Trace Route option provides the fastest possible trace route function.  Like other Trace Route commands it will report the devices that are transversed with each hop until it to get the final host, and the time taken to get to each hop, with timing based on a user definable number of ICMP pings.  The main difference with this implementation of trace route, is that it doesn't test each hops sequentially, waiting for the previous hop to be tested before moving onto the next hop.  All hops in the route are tested simultaneously, the results are displayed in seconds, rather than minutes.  The number of hops that are tested simultaneously is defined by the Hops field and number of ICMP echo to be preformed is controlled by the Count field, NetTools will attempt to resolve the names of each hops if the Resolve Names option is selected.

In the default configuration, just the host name, either short name, FQDN, or IP and click Go and the results will be displayed. 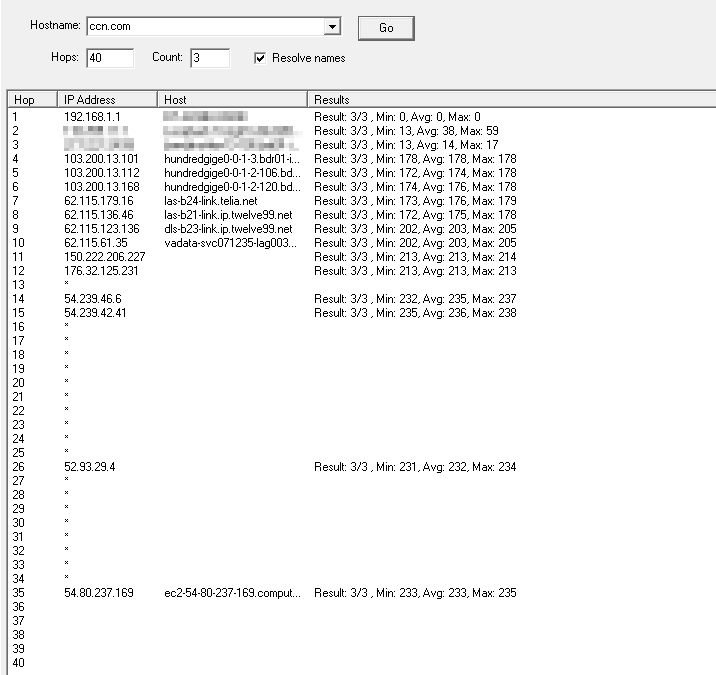