NetTools supports the option to export objects to a file in LDIF format.  The LDIF Export option is available from the context menu for most tests and options, and supports a number of output options. 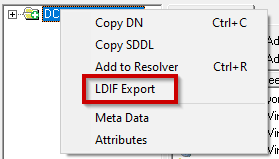 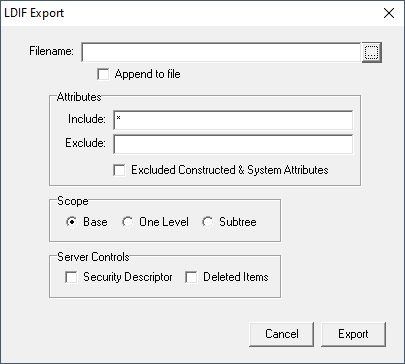 Filename: is used to select or specify the filename which will be used for the export.

Append to file: by default the export will overwrite the contents of the file, if it already exists.

Attributes:  The Include and Exclude fields are used to define which attributes should be included or excluded from the output.  The default include is set to *, which means export all the attributes that are set on the object.  To specify a specific set of attributes, enter a comma separated list of attribute names.

Excluded Constructed & System Attributes: When this option is selected any attributes that have SystemOnly true or are Constructed attributes are not included in the output.  This is typically used to remove these attributes, so the export can be used to import the LDIF into another AD or ADS LS instance.

Scope: defined the scope of the export and if any sub items will be included.

Server Controls: Allows you to specify additional server side controls so deleted objects and Security Descriptors are included in the export. 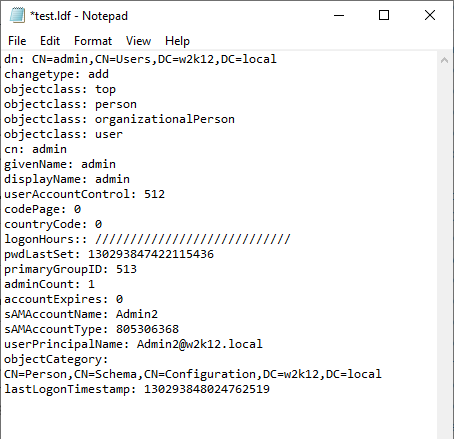